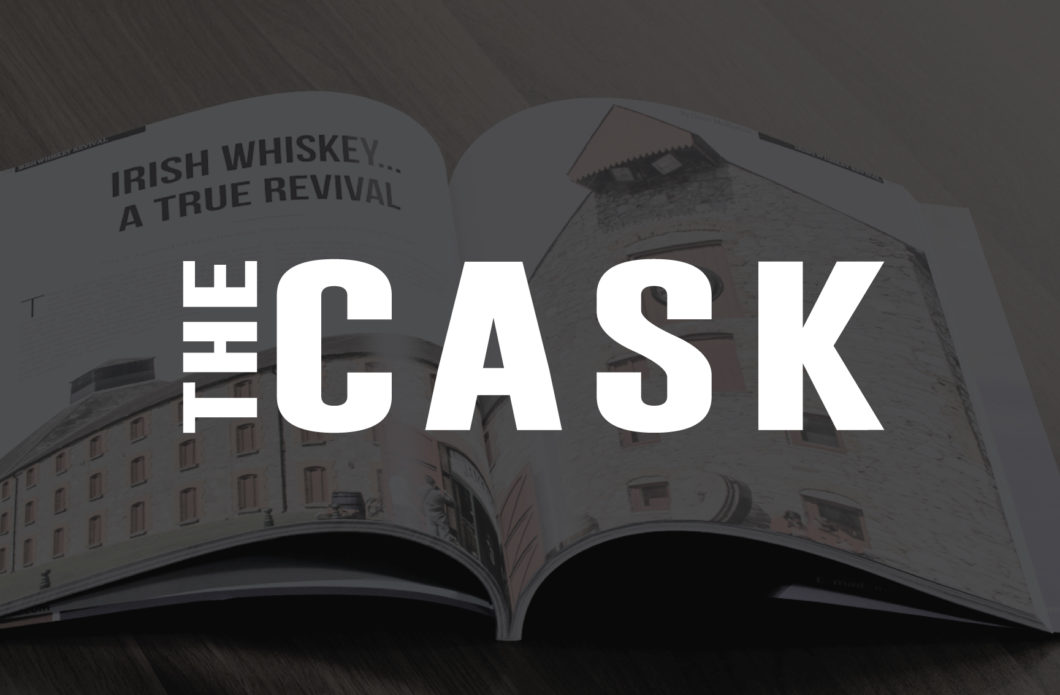 Axl Rose and AC/DC; Penn and Teller; David Walliams and Simon Cowell; Holmes and Watson… strange pairings are nothing new. And now the world of whisk(e)y is getting in on the double act, with its own pair of unlikely lads. And the new partnership is set to bring fans a number of treats and special events throughout the rest of 2019. Dominic Roskrow and John Burke are teaming up for a series of joint enterprises planned for the rest of the year.

Dominic is an established writer, the author of 15 books and an experienced newspaper and magazine journalist. He is the former Editor of Whisky Magazine, Whiskeria, and Beers of the World.

A new issue of The Cask Magazine will be published in print and online in March and in an extension of The Cask Magazine’s digital presence the team will also be working on a new video channel to boost its online offering. The videos will feature interviews with industry personnel, visits to distilleries, tastings, and a lot of fun features as well as educational content.

The plan is to evolve the magazine, based in Ireland but targeted internationally, and to build on the 750,000 global hits the first edition received .

The team has already announced a special event in Dublin on World Whisky Day, May 18, and also The Irish Whiskey Festival which will be held in cities across Ireland in September. The latter will include events in Dublin, Galway, Cork, Kilkenny Belfast. And there are also plans for a unique live event in April, and for new world whisk(e)y awards later in the year.

Speaking about the new projects, John Burke said: ‘We are very moving the magazine forward and building so many exciting events around it. A lot of thought has gone what we are doing and we feel we have a strong package and in Ireland, a powerful base to offer a dynamic and vibrant whiskey offering to enthusiasts. The progression of The Dublin Whiskey Festival into an all Ireland event is a hugely challenging and exciting venture for the team, and establishing whiskey awards is a natural fit to my management of Food Awards here in Ireland and also in the United Kingdom.”

Dominic will be Managing Editor for the Cask Project, with John and the existing Cask Magazine team taking responsibility for different parts of the new ventures.